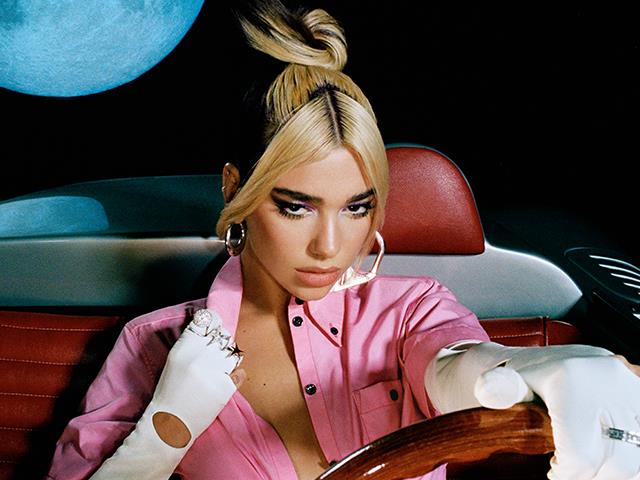 Born in London to Albanian parents from Kosovo, Dua Lipa attended the Sylvia Young Theatre School until she was 11, when she and her family moved back to Kosovo. Encouraged by her teacher, Lipa and convinced her parents to let her move back to London when she was 15 to follow her aspirations to become a singer. She was recorded covers and posted them on social media, in hope to find a way into the music business when she was noticed by a modeling agency who secured her an audition for a commercial for The X Factor, attracting the attention of Lana Del Rey's management team, who eventually signed her.

Her strong presence immediately separates her from many emerging pop acts. But it’s her singles that have rapidly established her as a rising star — Her debut single, “New Love,” was followed up with the soulful “Be the One” that reached the Top 10 in a dozen European territories. Longlisted for the prestigious BBC Sound of 2016, Dua Lipa released “Hotter Than Hell” and “Blow Your Mind (Mwah)” in 2016, hitting Top 20 in the UK, and climbed into Billboard’s Top 25 in the US respectively. In 2017, she earned the distinction of having three simultaneously charting singles in the UK Top 15 with “Be the One,” “Scared to Be Lonely” with Martin Garrix, and “No Lie” with Sean Paul. Later on, Lipa scored her first UK No.1 single <New Rules>, the single also went on the become No.1 in several other European countries and landed No. 2 on the US Billboard Hot 100. With over 3 million daily streams, Dua Lipa is listed among Top 10 artists in Spotify and has already accumulated 3 billion total streams across platforms. Her wins at NME Awards and MTV EMA further strengthened the 22-year-old’s position as the brightest star in pop.

Now, with the release of her self-titled debut album Dua Lipa, she reveals the full range of her ambitions. While recording her album in New York, Los Angeles, Toronto, and London, Lipa was rapidly learning the fearlessness and confidence necessary to write great songs. The songs on Dua Lipa announce the arrival of a new force in pop—irresistible on the dance floor, thoughtful under closer inspection, constantly discovering creative possibilities.